This course was very interesting to do back when I did. However it was very focused on a vegetarian or vegan diet. As I have learned a lot more since I did this course I do not agree with all that was taught in the course as science has since debunked some of the information shared in this course. 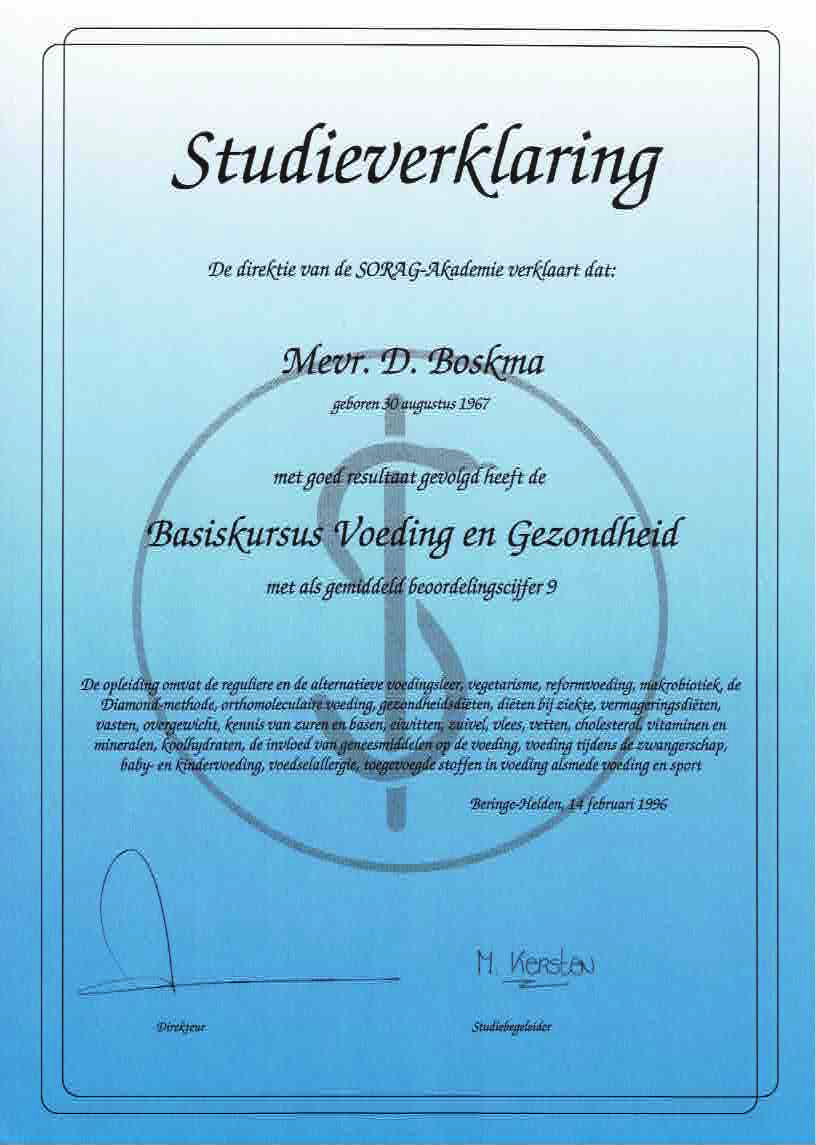 I did this course quite some years so. Since I have kept learning about nutrition and have looked into the research as well.

The course went into all parts of nutrition, proteins, fats and carbohydrates, but also vitamins, minerals and trace minerals. The problems that a deficiency of vitamins, minerals and trace minerals can cause was a very interesting part. In the meantime I learned much more about that by researching as learning about it became a an interest of mine.
We also learned about a variety of different dietary philosophies, such as Bircher Benner, Moerman, macrobiotic and Mazdaznan. Ayurveda was also discussed.

Different types of foods were also a topic, such as grains and pulses.

There was also a very interesting section on nutrition of older times, especially the medieval times.

Another really interesting part was nutrition for babies and children. Unfortunately the lessons were giving fruit and grain as good foods for young children. I have learned since that fruit isn’t such a great food as it is very high in sugar. Grains and pulses are for most young children very hard to digest so they are not a great food to start with either. It was interesting to have a starting point to go from to learn more.

There was another section on obesity and being overweight and dieting. I learned a lot from that. Especially also the emotional back ground to over eating and how one can deal with that.

The section on fasting was great. There was also a part on nutrition and sports.

The part on ethnic foods, herbs and spices was amazing.

When doing this course I was for the first time in my life exposed to home fermentation and how healthy that is for humans.

Another topic that I really enjoyed from this course is the discussion on food additives and how they can influence health. There was a large amount of dietary recommendations for a variety of health challenges.