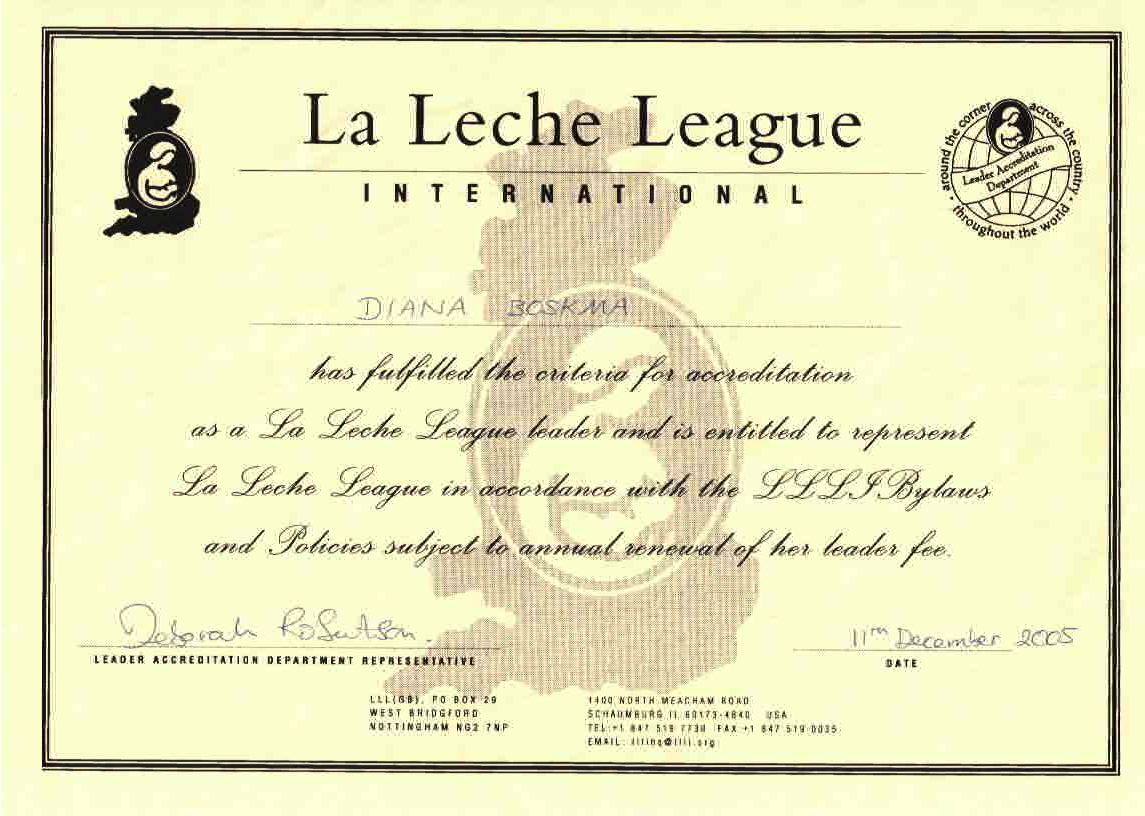 I was really proud when I received my accreditation. I had only moved in January. Started going to my local group in March and managed to do all the work and get my accreditation by December. That was pretty quick. But I totally enjoyed it. It was amazing learning it all again and learning some of the new research and all.

It was also really nice to learn about how the groups work and which way LLL organises things. I also went to a leader day in that time. That was quite a lot of fun as well. Meeting lots of other women who were either breastfeeding mother, or leaders, or leaders in training. I made some friends there that I am still contact with.