The most common scourers sold in the supermarket are made from plastic and are really bad for the environment. So I wanted to have a better alternative. I decided to make my own. Here is the pattern. 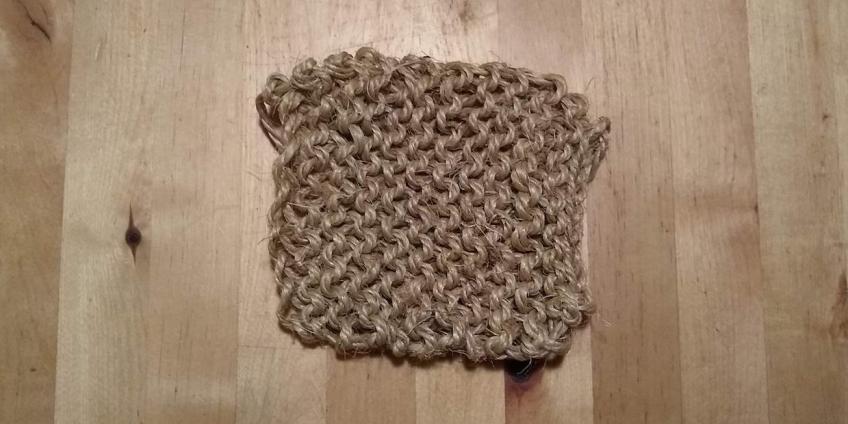 Scourers are amazing to clean dishes with food stuck on them. I have used them many, many times in my life.
Recently I learned how horrible they are for the environment, so I started researching and thinking about an alternative. I wish I would have known about the environmental problems of the scourer sponges a long time ago. 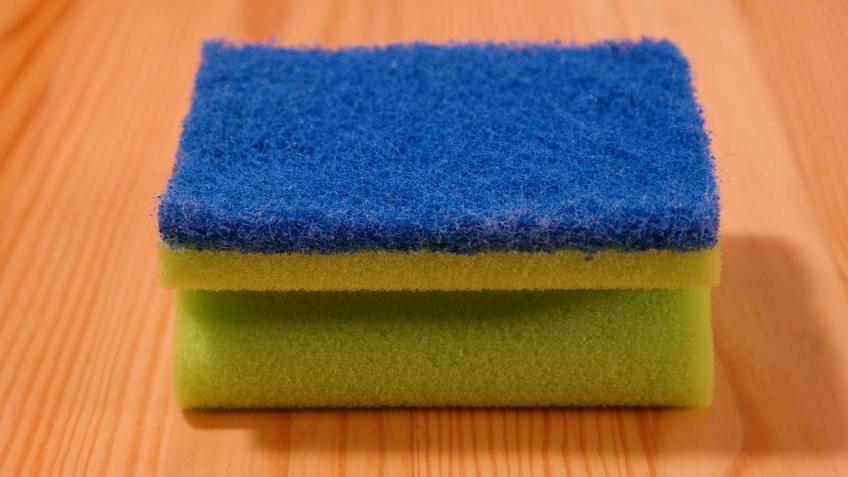 The reason they are so bad for the environment is that the plastic fibres break and little bits end up in our water ways, which ends up in the stomach of all kinds of sea animals, also the ones we eat. When they get too much plastic in their stomach they die of starvation. The other problem is that when the fibres are really small, such as can happen with these sponges and the scouring part of it is that the fibres end up all through the bodies of sea animals. When we eat them it ends up in our bodies as well. I can’t see anything good come from that. So I needed to find an alternative.

I thought that there should be another way. There should be something that would be easy to use and give a great scourer.
This got me thinking about the rough strong rope or twine that I have used in the past for macrame. That stuff was really rough. It was coloured sisal rope. So I went on a search to see where I could get rope or twine that was cheap and made of sisal. I ran into sisal twin at B&Q, but in the meantime I’ve also found it online sisal twine.

I Initially got it at B&Q. They sell 300 metre for less that £20. Sounded like a good deal to me. So this morning we decided to go there and purchase some, as we had to get some other stuff anyway as well.
This evening I started knitting. It’s tough as the twine is rough and not very flexible. But it is doable. I figured I’d share it with you as it works nice as well as a scourer, I’m really impressed by how well it works. 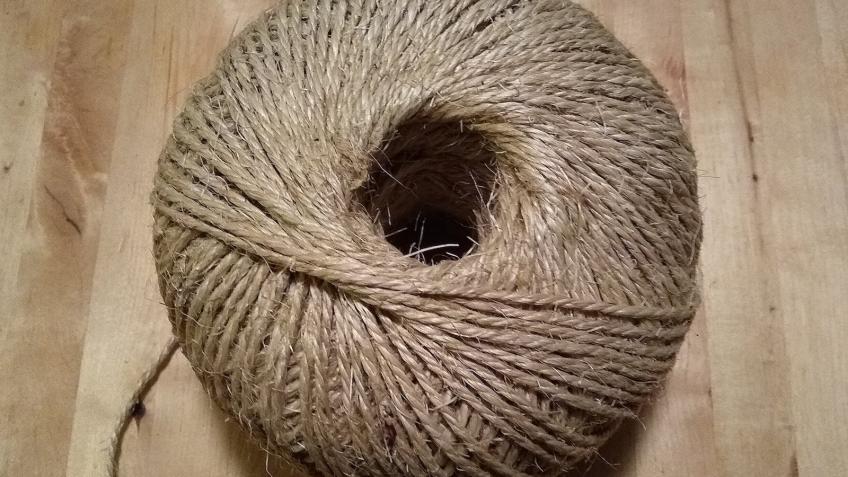 How to knit the scourer

What do you need:
Sisal twine of 3mm
6.5 mm knitting needles.

Cast on 10 stitches, knit 20 rows (you can knit more if you prefer). Just knit, you want the bumps on both sides as that makes the scourer work well.
Bind off.
Weave in the ends with a crochet hook, that works very well, I doubt you’ll find a big enough needle to weave in the ends. 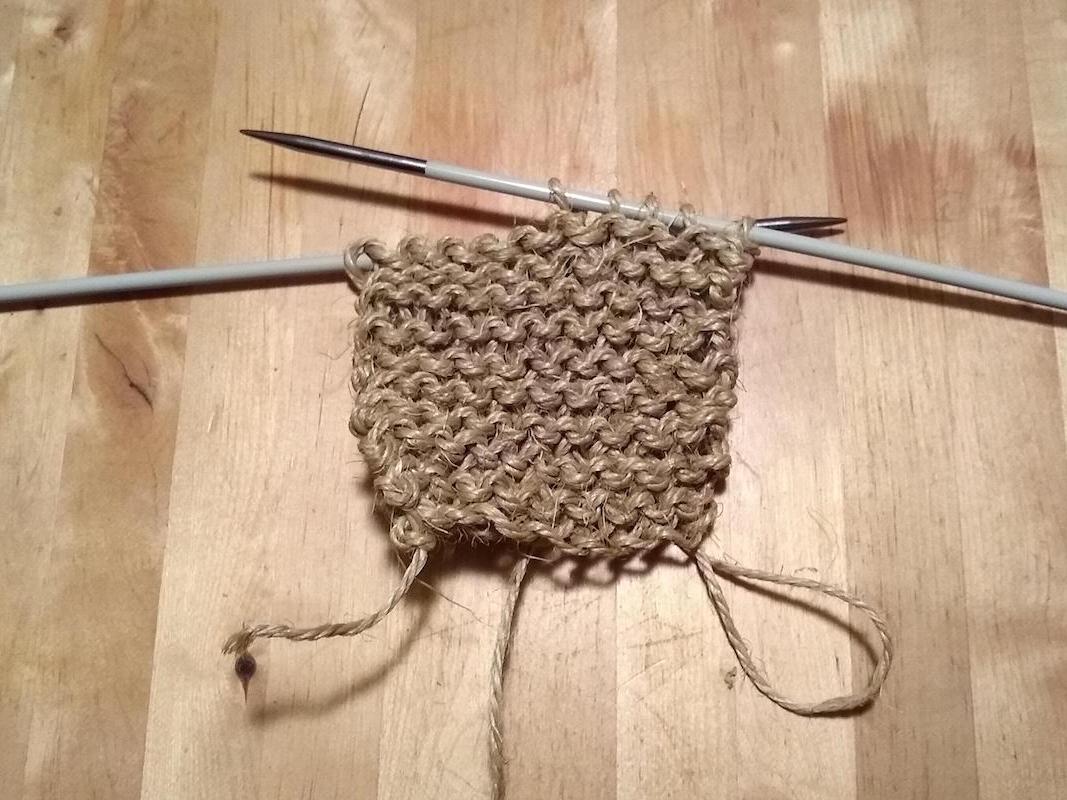 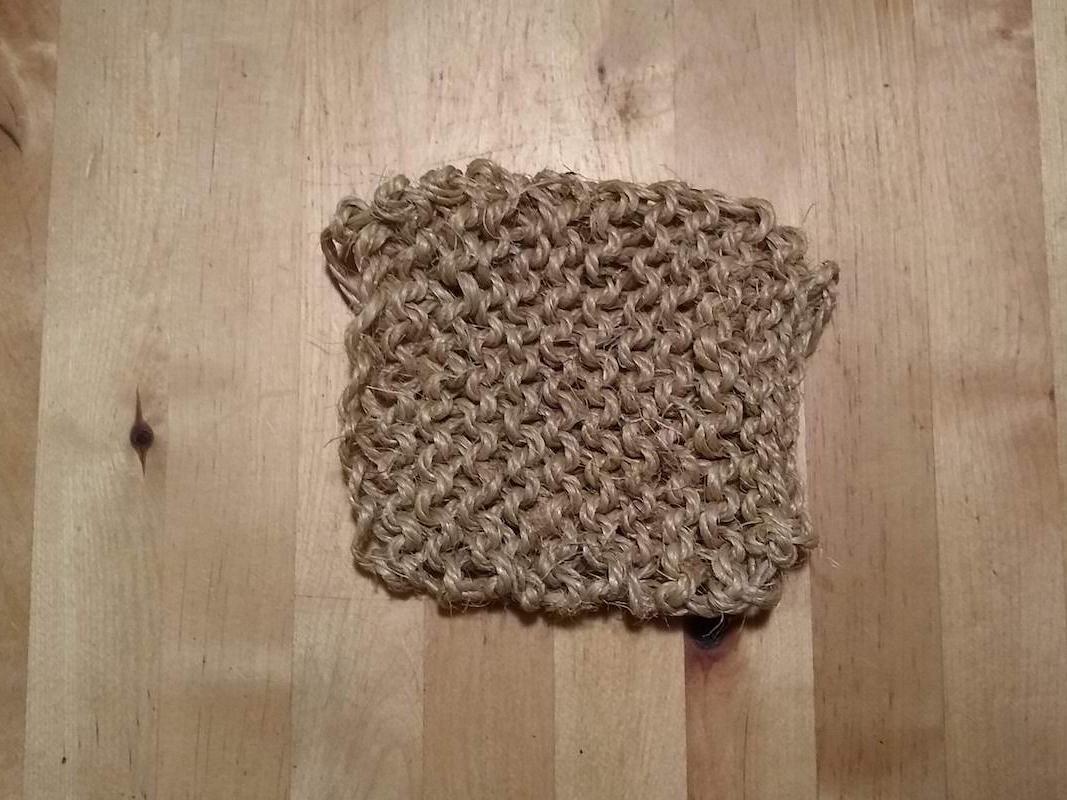 Now that you know how to make a sisal twine scourer, do you think you’ll want to use one? Would you prefer another alternative that you don’t have to make yourself?
There are eco-friendly natural scourer pads. There is a large variety of them for sale these days. So in case you do not feel like knitting one yourself, you can always purchase them online.

What is your experience with eco friendly bio-degradable?

Let me know. If you have questions, do ask! That’s what I’m here for.

As I’m running a business I will talk about this bit as well.
If you would like to have an accountability buddy, I’m here for you. I do this for a living, so just let me know whether you would like some coaching, we can talk once a month or twice a month, whatever suits you best. It doesn’t have to cost you an arm and a leg. You’ll have email support as well. Just have a look at what I have to offer.
Health Coaching might be right up your alley, or Children’s nutrition or Teenager nutrition. In case you are starting to introduce food to your baby then Introducing solids could be exactly what you want.
I have a lot of to offer for mothers and families, have a browse and see what suits you. We can offer you a custom made plan to fit you and your family.