Meditation, yoga and mindfulness have been things that I have always found interesting. I learned meditation, I have done yoga, but I had never really looked deep into mindfulness. It was just one of those things that were something I was going to do “some” day. But then I saw this course being offered on Coursera and decided that “some day” had just arrived. 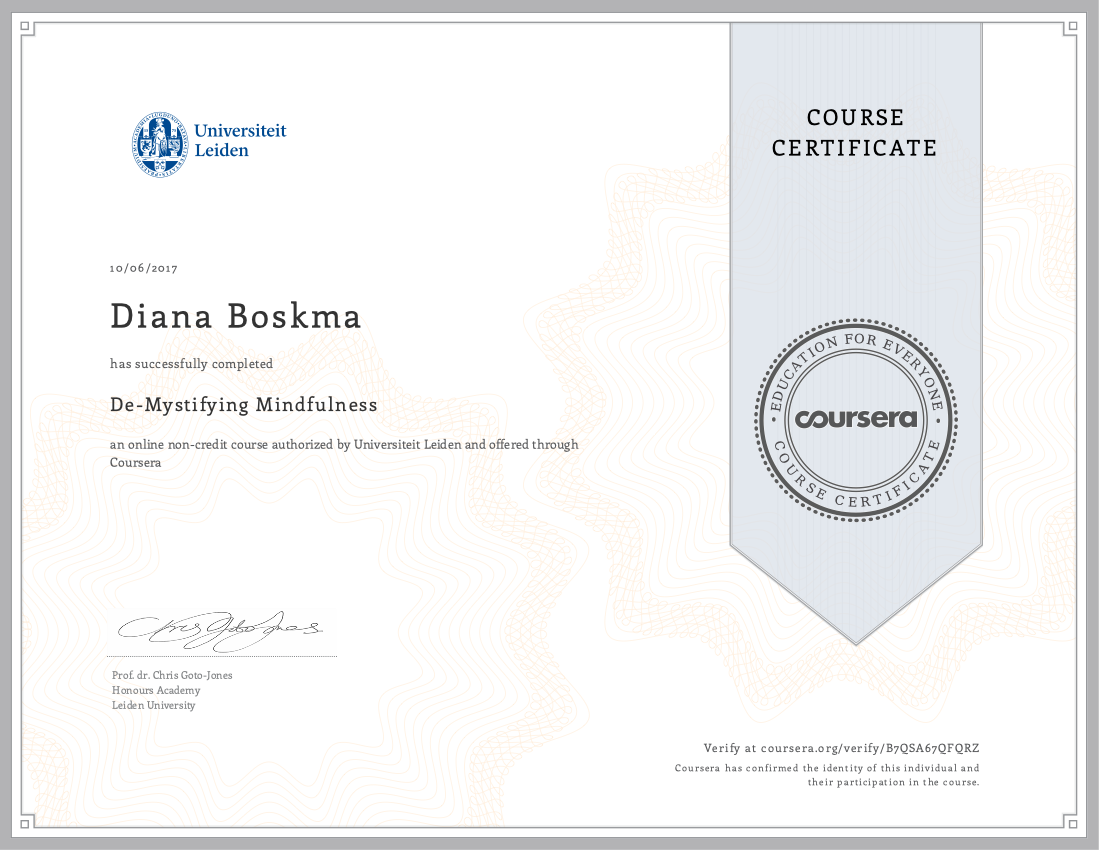 I found the course really good. We had several speakers who had made mp3’s to listen to to relax and do a body scan and such. I have found those really helpful for relaxing. I think mindfulness is a really good technique to remain calm and become calm in difficult times. I have also learned how to use these kind of techniques for women in labour to stay focused and remain calm, which helps the birthing process along.