In 2000 I started my training with the Vereniging Borstvoeding Natuurlijk to become a breastfeeding support person. I finished it in 2001 and was awarded my certificate. I stepped down from being active for the organisation in 2005 as I moved abroad. 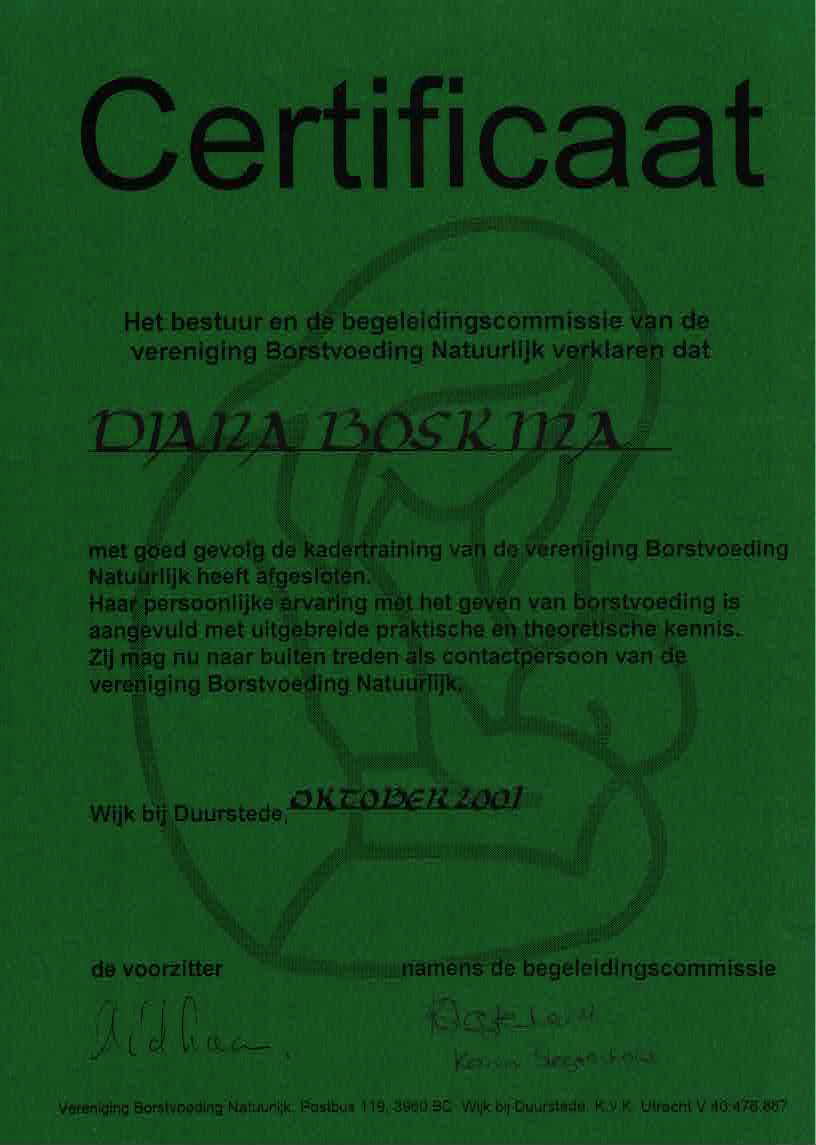 This training was to learn about breastfeeding and communication. The part on breastfeeding was on the anatomy of the breast and which hormones have which influence. Furthermore we learned how problems are dealt with and prevented.
We also learned how to communicate with women in the groups and on the hotline. It was about giving information and not advice as the women who attended the groups or phoned the hotline were capable and could make choices themselves. This was very interesting to learn.
It also taught me how to run groups. I attended groups run by different support people. That was very interesting to do as everyone had their own way to do it within the rules there were about how to run these type of information groups.

After receiving the certificate I ended up attending a training day twice a year to keep up to date with developments and my knowledge.

I really enjoyed my time with the VBN and learned a lot.

In 2005 I moved abroad and had to step down because of that.