Bone broth is a traditional food that has kept humans healthy for thousands of years. It has been very important in many indigenous communities.
In some communities it was preferred to other drinks.
It is easy to make and very wholesome. 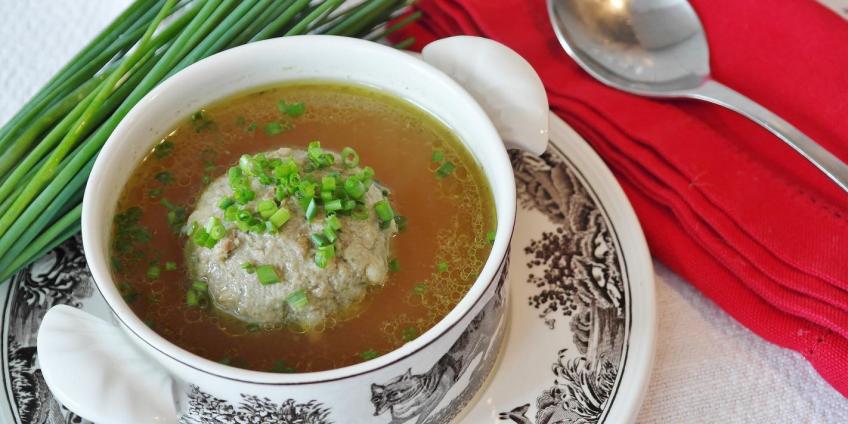 When I was a child I always loved my mothers home made soups. She used to make them with bones. I never understood that back in the day as it takes more time than just a bag or stock cubes. Once I had soups that were made with bags or from tins I did understand why. It tasted so different. Those soups were just not real, they tasted different.
So when I moved out I also used some marrow bones in soups, simply as that tasted so very, very good.
When I, later in life, read about bone broths and how healthy they are and that they aid healing of various cells in bones and gut lining I started understanding the benefits and why human kind has done this for a very long time and remained healthy, until food processing became the norm.
My children love soups and sauces, so we often make them in all kinds of varieties. 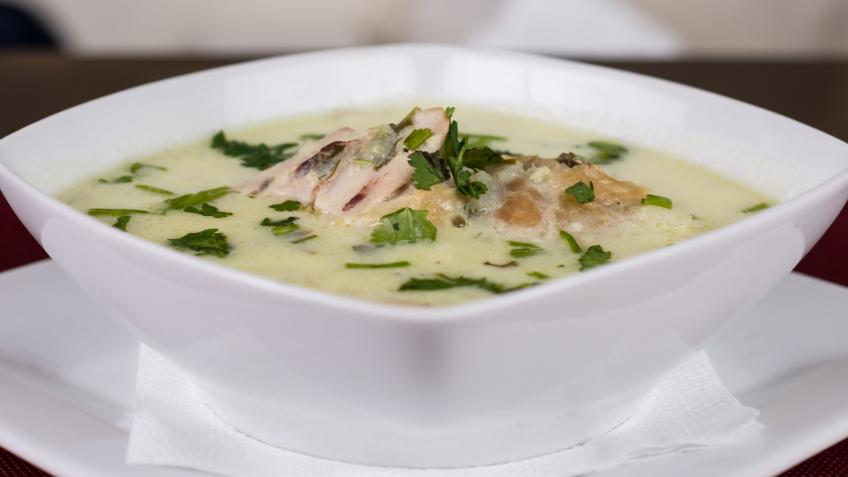 Meat stocks and bone broths of all kinds of animals have been used by humans for many, many thousands of years, essentially from the beginning of recorded history, so likely much longer. Back in the day people would use the whole animal to make a variety of foods. They wouldn’t throw away parts. In many cultures this was considered wasteful or even against their religion.
When you look around the globe you’ll see there were any cultures that did not make bone broth or meat stock.
In Greek and Roman times we already see bone broths and meat stocks in use.
Also the Chinese were already using bone broth to support digestive health, as a blood builder, and to strengthen the kidneys. The discussion in Chinese medicine on this dates back 2.500 years.
In 12th century Egypt the physician Moses Maimonides also described bone broth used in treatments. In his case it was chicken broth. He used it as a treatment for colds and asthma. 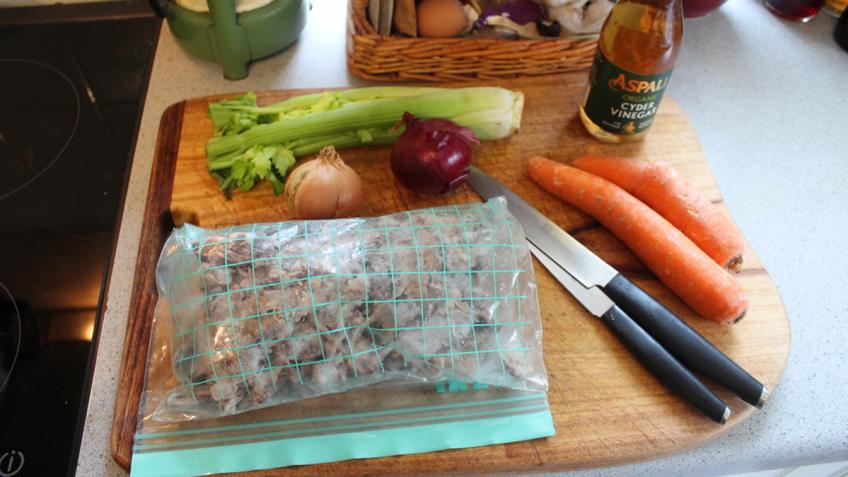 Bone broth is amazing for people who have digestive problems or joint problems. When the gut lining is damaged, it needs to heal and seal. One of the best ways to do it is by using bone broth. The nutrients you get from bone broth are amazing in helping the gut lining heal. It also helps damaged joints heal. This is because in bone broth you get minerals in an electrolyte type of way. Because of this the minerals are easily absorbed and utilised. In bone broth you also find gelatin. This is a protein structure, which has been broken down from bones, collagen and cartilage. Gelatin is a hydrophilic protein. That simply means that it attracts fluids, including digestive fluids. This means that it creates an environment in the digestive tracts in which there are more digestive fluids as they gelatin has drawn them there. Gelatin is rich in chondroitin sulfate, hyaluronic acid, and glucosamine. These 3 compounds are often prescribed to people who suffer from arthritis.
It is actually quite amazing that you can get these three compounds from bone broth, which is in itself fairly cheap to make. Saves you spending a lot of money on supplements.

Bone broth has been used, through time, as a remedy against all sorts of health problems. It aids in the healing of inflamed joint and joints with arthritis. This is because of the collagen that is in the bone broth.

Bones are rich in minerals, such as calcium, magnesium potassium, and phosphorus. When you prepare bone broth right, these minerals end up in the broth. This does require a bit of attention and hands-off time.

Another reason to use bone broth in your meals can be because you can’t afford to eat meat daily. Then the gelatin in the bone broth will help with the assimilation of the proteins in your food. Gelatin isn’t a complete protein. It only contains arginine and glycine. Therefore gelatin acts as a reserve. It helps the body use the proteins from you food more fully. 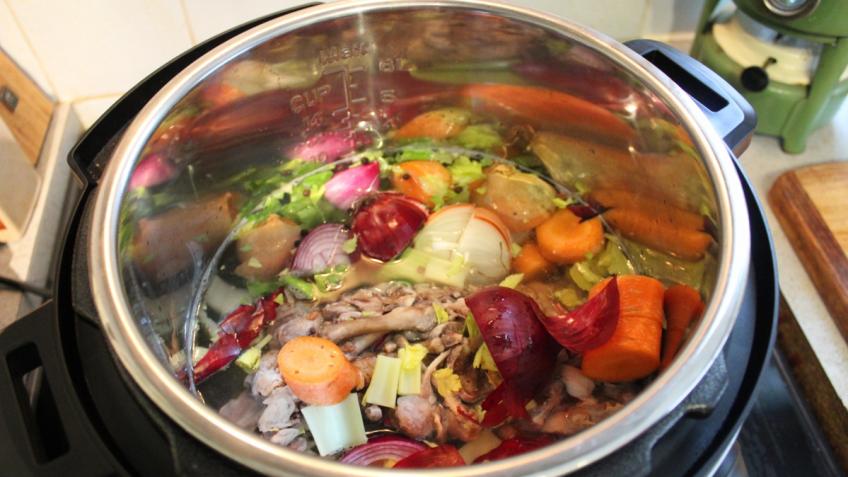 How do you make bone broth?

Bone broth is best made through a cooking process. Ideally a long and slow cooking process. However, we don’t all have the options of doing exactly that. The best way to make bone broth is with a slow cooker or on the hob. In the video that is already in this post I have used the Pressure Cooker. This is because a lot of people are working full-time and just don’t have the time. I used an Instant Pot (5.7 ltr). With the Instant Pot (7.6 ltr, which I use) you can also slow cook. In case you do want to use a slower method, please do so, as the broth is more nutritious. But in my view it is better to have bone broth from the Pressure Cooker than none at all.

The vinegar helps the bones soften and aids the release of minerals into the water. When the bones are broken, which is easier with chicken bones than a beef bone. I ask my butcher to saw it for, that will helps to get the nutrients from the inside of the bones easier into the water. The vinegar needs about an hour to work, but you can leave it standing much longer if you want to. I have certainly done so when I started a broth and then had to go out for a while. Sometimes as long as 6 hours. No harm done.

I usually use chicken bones twice, simply as I can and there are still minerals in them. After 2 times they are finished. The second batch doesn’t have as much flavour as the first batch. It also has less colour. It’s still great, just not amazing.

Other than that you can opt for making a perpetual broth – which I do regularly as well, when I know I’m going to need broth constantly. You go through the first hob or slow cooker process, but in stead of bottling it you keep adding water as you take off and you keep repeating to simmer. I usually simmer the broth several times a day, but I do not do it continuously as that gives it a burnt flavour. However, you can let it continuously simmer when you do it in the slow cooker. My slow cookers are just always busy with other stuff, so I don’t often have a slow cooker available to make broth, but I do have two 6 litre pans in which I can keep it going for days in a row. Once I want to get rid of the bones I just strain it and use up that broth and start a new batch. It is actually an ongoing process in our house as we use broth for soups, stews, sauces and we drink it. So there is always need for broth. 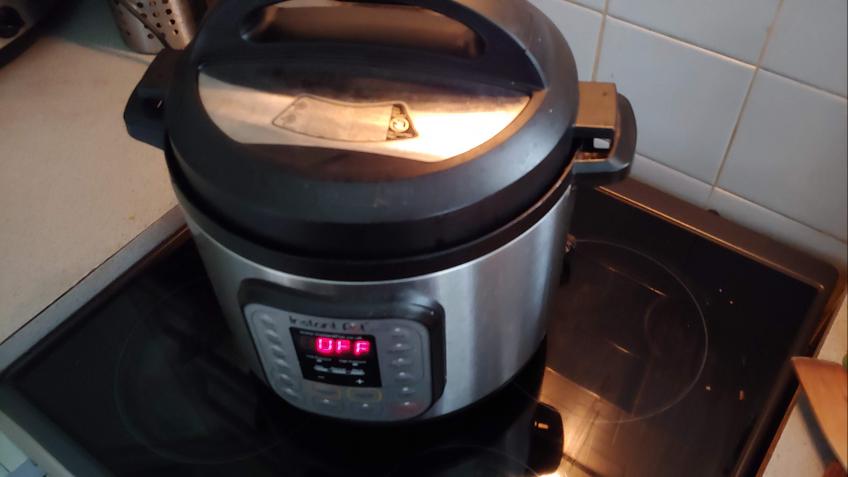 All ingredients need to be clean. So organic or pastured for the bones and organic for the rest. The water filtered. The minimal necessary are bones, water and vinegar. The rest is really optional, but does help with nutrient content and flavour.

Take a large pan, 6 litre. put the bones in the pan, add the apple cider vinegar, the cut up vegetables and spices. Add water to fill the pan up. Leave it standing for half an hour to 1 hour or so that the vinegar can do it’s work.
Bring it to a boil, skim, turn low and let it simmer for 6 to 24 hours for poultry. For beef, lamb & venison 24 to 72 hours.
Strain into a large bowl and bottle the broth as you like with or without the fat on there. Keep in the fridge and use for soups & sauces, or just a hearty drink.

Take a large slow cooker, put in the bones, add the apple cider vinegar, the cut up vegetable and the spices. Add water to fill the crock. Leave it standing for half an hour to 1 hour and turn on on low. Let it simmer for 12 to 24 hours for poultry. For beef, lamb & venison 24 to 72 hours. Bottle it as you see fit. Keep in the fridge.

Put bones, apple cider vinegar, cut up vegetables and the spices in the insert of your pressure cooker, I use the Instant Pot. Add water to fill to the maximum level. Leave it standing for half an hour to 1 hour. Then turn it on and let it cook for 30 minutes, on the Instant Pot, use the soup setting. I have personally found that the broth made in the Pressure Cooker contains less gelatin than from the hob or slow cooker, but it is still there.
Bottle as you see fit, keep in the fridge.

You have 2 options. In the fridge, then it will be good for 5 to 7 days. After that time it is good to boil it again and add another 2 to 3 days of storing in the fridge. However, in our house I make broth more frequently than that, so I never have to do that. I usually make it twice a week.
Then you can also put it in the freezer. There it will stay well for up to 6 months.

What do you think? Will you add more bone broth to your diet? I have above shown you it would be a very good thing to do and also shown it’s not very difficult to make.
The health benefits are certainly worth giving it a try.

In case you would like to have more help than what you find in the blog to get healthier, please do contact me. I’m here for you. You can make an appointment through my booking page, or you can send me an email through the email form.

As I’m running a business I will talk about this bit as well.
If you would like to have an accountability buddy, I’m here for you. I do this for a living, so just let me know whether you would like some coaching, we can talk once a month or twice a month, whatever suits you best. It doesn’t have to cost you an arm and a leg. You’ll have email support as well. Just have a look at what I have to offer.
Health Coaching might be right up your alley, or Children’s nutrition or Teenager nutrition. In case you are starting to introduce food to your baby then Introducing solids could be exactly what you want.
I have a lot of to offer for mothers and families, have a browse and see what suits you. We can offer you a custom made plan to fit you and your family.